DRAMA. Switzerland - A Farewell to Beasts

Synopsis
The play first went on stage in 2017 at the Théâtre de Vidy in Lausanne. The performance bore the title Monologue du Zoophile. This adaptation is a little of two things. A single idiosyncratic voice: the voice of a man who feels he is an animal lover (even though he eats and molests them). And simultaneously everyone's voice: humanity expressing a nostalgic and ironic farewell to beasts.
This voice comes to us from a future where meat is no longer eaten, cows are no longer milked and Fido cannot be put on a leash. It depicts a future where the ethics of animal rights has prevailed and no beast is slaughtered, caged or reduced to be a pet. A better world, an ecological world but perhaps a more arid one.

The role called for an actor with beastly and vestal qualities. Trained at the Jacques Lecoq school in Paris in the 70's, Teco Celio is actually a cinema actor and has worked for directors such as Kiezlowski, Moretti and Garrone. For the first time in his career he found himself far from the camera's eye, alone but for a single microphone in a radio studio with a whole text to play with.

Antoine Jaccoud is a prize-winning dramatist, not new to writing poetical and yet intensely political works. He usually writes in French for the stage and screen. Given his passion for radio he was delighted to collaborate for a second time with Daniel P. Bilenko on this audio adaptation in Italian. In their first collaboration they worked on Désalpe, a text concerning the scarcity of snow and the socioeconomical problems that have emerged in the Alps due to climate changes.

The commissioning editor Francesca Giorzi and the Swiss public broadcasting not only aired the production but made it possible to bring it directly to the mountain valleys of Switzerland for close to three years. Gathered in small dark auditoriums, hundreds of people listened collectively to this audio fictional work and then discussed it together. We hope something similar will happen with A Farewell to Beasts!
English text (click) 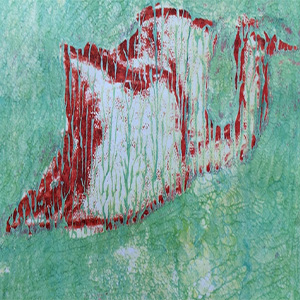