"GAIA 125" is an acoustic space capsule that traces the "infinite vastness of space" in the footsteps of Yuri Gagarin, the first human in cosmos. Spoken by the German voice actors of the television series "Star Trek: The Next Generation", the radio play mixes Gagarin's radio communication with quotes from subsequent space pilots and the electronic sounds of alva noto. Gagarin's dialogues with the command bunker are documented. His waiting for the start, the reflections on body feeling and technical processes. Kai Grehn used them in extracts, as well as later travel descriptions of other space pilots from all over the world. Their comments are paired with a changed awareness of the place that some left with a narrow sense of nationality and to which they had a boundless relationship after their return - subsumed pathosless under the name "home planet earth". As audience, you participate and are amazed to see the changes in your perception. And when the German voice actor of Enterprice captain Jean-Luc Picard announces: "At zero you will be in the depths of space", there is no reason to doubt it. 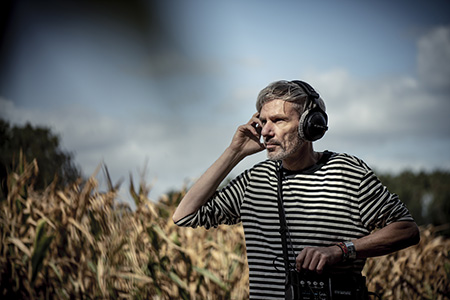